How Come Women Get An International Day?

WARNING: THIS BLOG MAY HAVE INFORMATION WHICH MAY BE DISTURBING (FRANKLY, IT SHOULD DISTURB EVERYONE).

On March 8, Face Book was full of posts celebrating International Women’s Day. But every now and then a different sort of post popped up, posts with a grumpy vibe, asking this-

Why don’t men get an International Men’s Day?

This is a good question. Why is it on a day that encourages gender equality do men seem to get treated unequally?

I believe there is a solid reason: Because a boy child will not be killed when he is born because he is boy. Because 100 million boys aren’t “missing” from the planet (1).

Because the image below is a mother, explaining in the film “It’s A Girl”, why she strangled her eight baby daughters at birth and buried them in her back garden in rural India. She killed them because they were born girls and she wants, no needs, a boy.

Because even if you won the birth lottery and weren’t born in a third world country, women experience life differently from men.

On every other day men have a greater political representation.

On every other day men have a  greater representation in business.

In Australia, men hold 74.8% of all board positions even though the companies with the largest market capitalization have the highest proportion of female board members (3).  In 2015, women held 17.9% of the board seats on Fortune 1000 companies (4). Men have more power economically.

On every other day men are the major voice in the media.

In Australia, the newsroom ratio is 70:30 male-to-female reporters (5). In 2017 women accounted for just  18% of directors, writers, producers, executive producers, editors, and cinematographers working on the top 250 grossing films (6). The media is dominated by a male point of view.

On every other day men dominate technology.

In the U.S women make up 51% of the work force. However, only 29% of Microsoft’s employees are women, 31% at Face Book, and 30% at Apple and Google (7). Women only hold 11% of executive positions in Silicon Valley Companies (8). Men are the dominant drivers of technology.

Men still dominate politics, business, media and technology- the major forces in our society. Across the world men dominate major areas of power and influence. Even if they are men who support gender equality and actively do their part to change gender discrimination- they are not women. They do not experience the world as a woman. 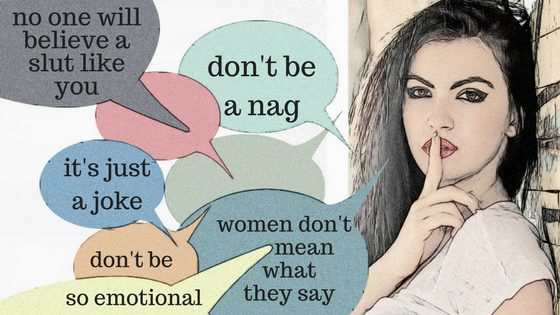 On every other day 1 in 3 women across the globe experience sexual abuse and violence (9).

On every other day men are not dealing with the Harvey Weinstein’s or Don Burke’s of their world.  Too many women experience sexual harassment and assault in their workplace and in their home. Research tells us that, “On average, one woman a week is murdered by her current or former partner, according to the most recent analysis of homicide statistics in Australia” (10).

On every other day girls and women are more likely to be illiterate and have lower levels of education.

Globally, 65 million girls are not attending school (11). There are 33 million fewer girls than boys in primary school (11). Nearly two-thirds of the world’s illiterate adults are women (12). Even though studies repeatedly link the increased education of girls with the increase in quality of life not just for women but for whole communities (13).

On every other day women are paid less than men (14).

Popular Melbourne based radio celebrity Dave Hughes took a pay cut as a protest when he discovered his on air partner, Kate Langbroek was bring paid 40% less than him for EXACTLY THE SAME JOB  (15).

On every other day women are accused of being nags and talking too much.

Yet, in reality women know men will dominate conversations.  The New York Times reports that, “Academic studies and countless anecdotes make it clear that being interrupted, talked over, shut down or penalized for speaking out is nearly a universal experience for women when they are outnumbered by men” (16).

On every other day women knows her worth is measured by her appearance.

Most plastic surgeons are men, most of their patients are women.  In Australia, women will pay over double what men pay on personal grooming (17). 13% of women over 50 engage in eating disorder behaviors (18). As one journalist put it, ” Women are conditioned, from a young age, to understand that their appearance is their currency”(17).

On every other day, girl babies are being killed for being a girl.

In June 2015 a Pakistani father killed his three daughters. He explained that he did not want to waste money educating the girls (19). More girls and women have died in the last 20th century than all the men killed in all the major battles of the 20th century simply for being born a girl (20).

These women were not killed in battle they were killed at birth, in utero, abandoned at birth or killed as they went about their daily life, killed SIMPLY BECAUSE THEY ARE A GIRL.

In my opinion, this is a singularly worthy reason to have International Women’s Day.

Since the introduction of the one child policy in 1979 in China, over 30 million baby girls have been gender selectively aborted, killed or abandoned. Let that number sink in- 30 million (21). 30 million daughter, 30 million sisters, 30 million potential scientists, authors, doctors, teachers, inventors. They are killed for no other reason than girls are considered a burden and because girls have less worth.

Does any country in the world have over 30 million missing males, murdered simply because they were boys?

If there is, then by all means advocate for an International Men’s Day.

But I don’t see it. Please, do not get me wrong, just because I am advocating for International Women’s Day doesn’t mean I’m a man hater. I think men are amazing, I think they are so fantastic I even married one. I have two amazing sons. They are amazing humans. I don’t blame men, I believe good men are part of the solution. I know men have their own struggles. I know men are more likely to commit suicide and end up in jail. I know boys will be kidnapped to be child soldiers. That is beyond tragic and devastating. These are issues that deserve loud attention and bold solutions.

But the words, “It’s a boy” just don’t have the same devastating effect across the globe as, “It’s a girl”. The United Nations has estimated that up to 100 million females are “missing”, their lives considered worthless because they were born a girl (22).

This is why we need an International Women’s Day.

A Wall I Support- A Wall of Women

Why I Don’t Write About Abortion